We headed home a little later than I anticipated last night. A fun outing to the pool had run longer than expected (who's going to cut that short on an 87 degree day?) and I was racing the clock to get home in time to throw plates on the table and yank dinner from the crock pot. My mind scrolled over the menu ("Pot roast, potatoes, carrots--ready to serve. Salad--needs to be picked from garden.") and stalled out when I realized I had no time to make bread. I briefly considered stopping to buy some and quickly nixed the idea. Reuven and Seven were asleep in their carseats, Mani was grouchy and overtired, and I had neither of my teens with me to either mind the van full of littles or run into the store. 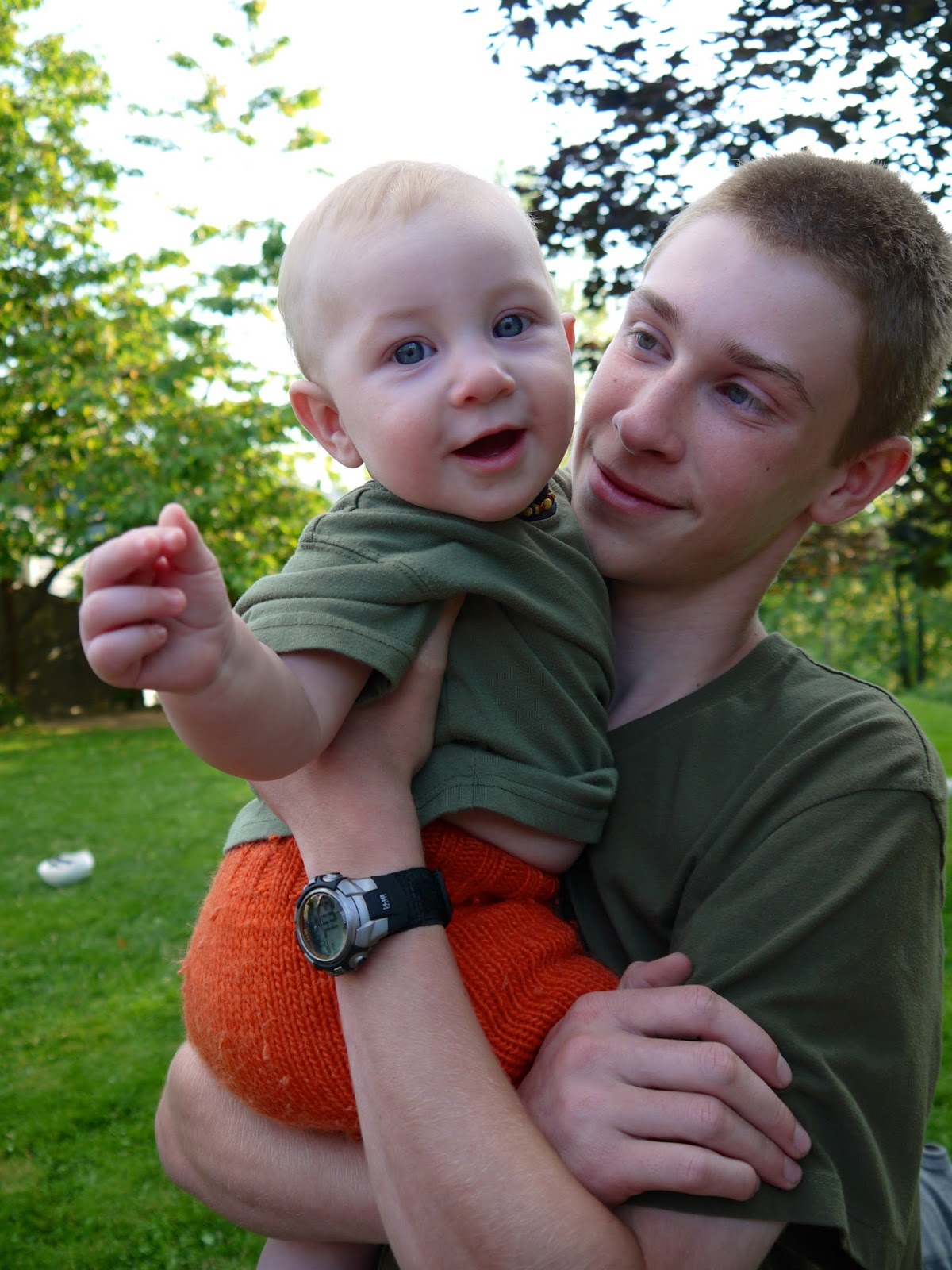 So I headed home and figured, "Eh. No biggie. Pot roast without bread is just as good."

Fast forward an hour later. Oli and Mani had just finished setting the table when Jo and Atticus walked in, tired from their day's labor of volunteering at a CC practicum run by a friend. (And no, we're not enrolling in CC.) Jo found me in the kitchen, hugged me hello, and reached into the darling slouchy bag made for her by one of my dear friends. Out came a huge loaf of that fabulous artisan bread-- the kind that has a thick, crusty exterior and a springy, great-for-dipping interior. She placed it on the counter and explained that the leaders of the practicum had an overabundance of bread at the community lunch that day and had asked if my kids would like to take a loaf home in exchange for their volunteer work that day. 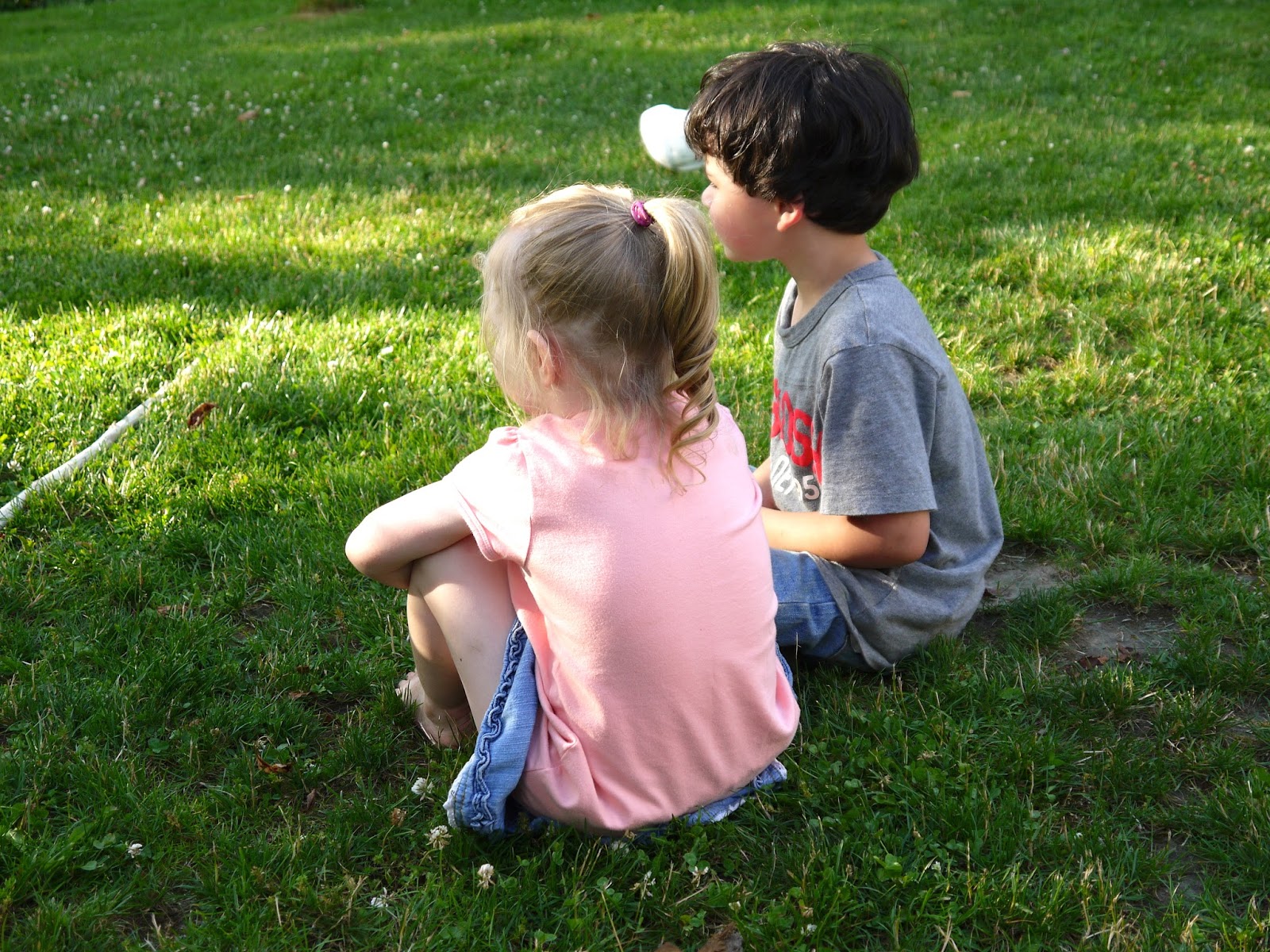 I started laughing so hard that I almost cried, and Jo knew. It was another one of those moments-- those instances where God shows up so clearly, so abundantly, that you have to just smile and say thanks and marvel at what love He has for us, that He should care even about such small things.

We've had those a lot lately.

Over-the-top blessings. Things that we don't need, necessarily, but that God offers up as a tangible sign that He is listening. He hears us. And He cares. 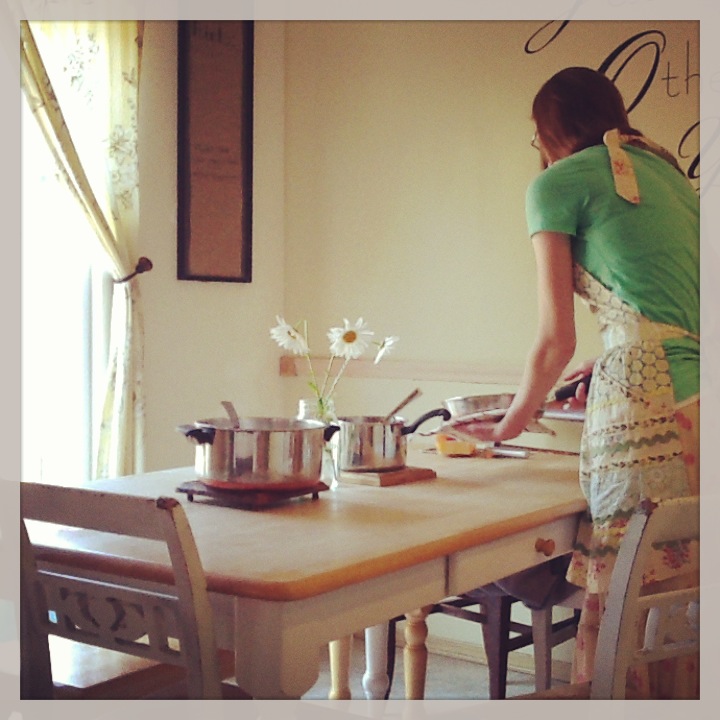 So much of 2013 has been about loss and limbo and learning to live within new, uncomfortable parameters. So much of our energy has gone into keeping the day to day afloat. And yet, here is God, offering up this small (and large) things, pressing a hand to our weary heads and promising, "Keep on, because the good is coming."

And it is coming.

I hinted that Mr Blandings had a new job, and he does. God opened a door beyond our expectation that has allowed us to stay here, in our happy little community, among those who believe in us and our crazy calling and love each and every Blanding, no matter how big or small.

Beyond that, He has shown us, in His amazing grace, that His plan for us is finally coming to fruition. In a few weeks' time, we will be moving to a larger home that will allow us to host friends and acquaintances interested in partnering with us in our work in Nepal. The how and why for this move is nothing but God's providence-- how often does one receive a phone call stating, "Ummmm ... we are moving out of state for a year for work and are leaving our mostly furnished home here empty. We feel like we are supposed to offer it to you ..."

So we're moving. Our house will go on the market soon. We have been purging belongings both large and small. Books. Furniture. Clothes. Anything doesn't have sentimental value and that won't make the leap with us.

By "the leap" I mean the move to Nepal. Because the whole, big picture of this move is this: we are moving into the Nepal As Reality Phase. We are at 40% of our monthly support. We have approximately six months to a year to secure support for the rest. And when that time comes, we're doing it. We're going.

The next months will be ones of more transition for our family, but this is the kind of transition our hearts have desired for so long now that it is a turmoil we are actually welcoming. We will be actively seeking families and individuals who feel as passionately as we do about spreading the Gospel to the unreached in Nepal. We will be asking people to pray for those who have never heard the name of Jesus. We will be doing that uncomfortable act of asking people to consider supporting us financially.

Please, please pray for us as we make this leap. The new theme of this year: Nepal 2014 or bust.
Posted by mary grace at 4:59 PM

You Can Call Me Jane said...

My heart rate sped up and I got chills reading this. God speed, Blandings!!

Hooray! God does provide-always, sometimes it's just harder to see then others. So excited for you guys. I will be praying for you.

I was just thinking yesterday, "I wonder how things are going?" and here I find a post that answers that question [smile]. Awesome! God is good. May you continue to see the big--and small--ways that He is leading and providing!

What a beautiful testimony of His provision and care for us. It never ceases to amaze me when He gives us those little blessings, like your loaf of bread, to say, "I see your struggles and I care." It's such a comfort.

You are in my prayers!

I've not been by in ages. I've read through your posts and landed here. How precious it is to belong to our Great God. And, yes...HE provides and surprises and truly does all things well. May you know His hand upon you as you venture forward....with HIM!