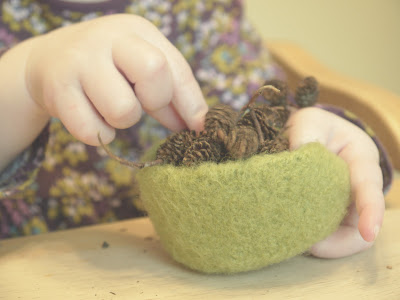 It's avoiding all the baggage that comes along with it. It's avoiding the dogma. The theology of the earth as giver and creator. The "save the earth!" slogans. The idea that more than one child per family is unduly burdening our ecosystem. The explicit understanding that we're all part of one big cosmic happy place, and that anyone who subscribes to the idea that there's one true way is just bringing everyone down.


We've always been on the crunchier side, Mr. Blandings and I. We recycle with ferocious abandon. We pause to point out moss and birds to our children. We turn off the shower when we're soaping up. We plan our impervious yard surfaces. You know ... that kind of stuff. And while I may embrace many of the earth-friendly trappings (and prices) that come with my daughter's rather peculiar immune reaction, I refuse to cave in to the relativism and paganism so openly associated with the green movement. Not this Momma. We're redeeming green here at the Blandings house--and I have a feeling that many of my cloth diapering, whole foods eating, homeschooling sisters in Christ are as well.
Posted by mary grace at 2:34 PM 1 comment: Links to this post

Walking with my kids through the quiet neighborhood on a spring-like mid-day. Pointing out the birds to Seven, listening to Mani sing, watching Oli purposefully put one foot in front of the other. Soaking in the beauty of God's creation, feeling blessed and warm and happy.
Up ahead of me, I see this: 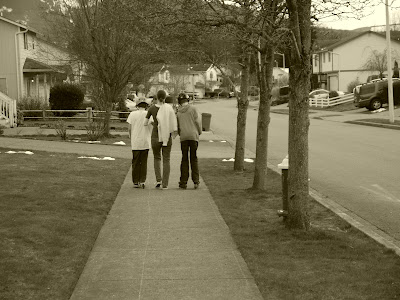 And it hits me.
Mr. Blandings and I never saw this coming.
We moved here--to Washington--with a two year plan.
The plan was to light just long enough to earn some brownie points in the publishing world, then to fly back to the known quantity of the southeast. The plan was to live in our little townhouse just until our brood was seven, four, and two. The plan was to do and be and move on.
When we moved here, Jo was freshly five. She was started out on these streets with training wheels. Heck, when we moved here, she wasn't even allowed to ride her bike in the street. She pedaled on the sidewalks, pink helmet clamped tightly to her head. We spent so many long, leisurely afternoons in those days lounging in the driveway of a neighbor. The kids played within their tight boundaries, never escaping the protective gaze of one of the many stay-at-home mommies who populated the drive. Logan was still crawling, and the rough walks wore holes through his pants at an alarming rate.
It was a haven, this sweet neighborhood, with its just-started saplings and its happy young families. But it was never our goal. It was just meant to be a way station, a resting place, until we launched into the next season of life.
Funny how God's plans differ from our own, isn't it? Ten years later, my teen daughter can cover the span of her old stomping ground in a few strides. Atticus, all limbs, has abandoned the Cozy Coupe of his toddler days in favor of roller blades. And Logan's knees only hit the sidewalk when he overestimates his skills and spins off his bike or scooter.
Yes, we're still launching out, this expanded Blandings clan. We're headed east alright. Really east.
So maybe we weren't so wrong, Mr. Blandings and I. Maybe we had an inkling of what we were doing and where we were headed. Who knows. At any rate, this has been a beautiful place to spend a decade. I wouldn't trade it for the world.
Posted by mary grace at 2:28 PM No comments: Links to this post 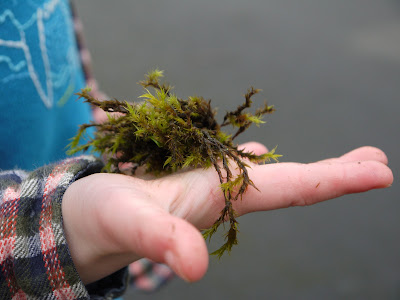 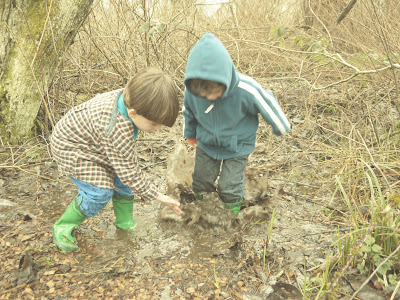 Almost listening to the birds. 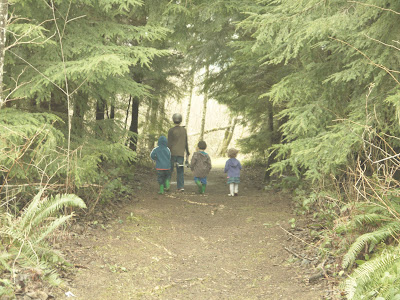 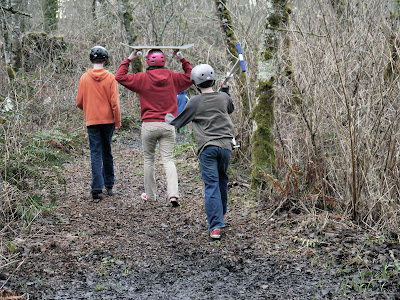 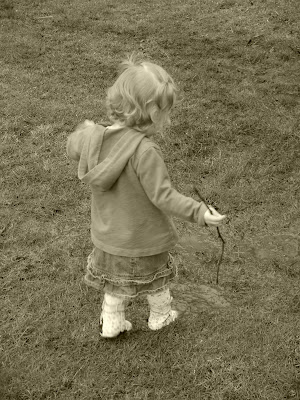 Almost frogs singing us to sleep at night.
Almost. 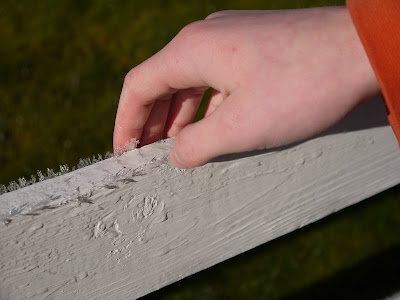 But not quite. Because as I type this, it is snowing. Great, white flakes showering from the sky and already blanketing Jo's rabbit hutches, the naked garden boxes, the crocuses that jumped the gun and shot through the damp soil just a little too soon. 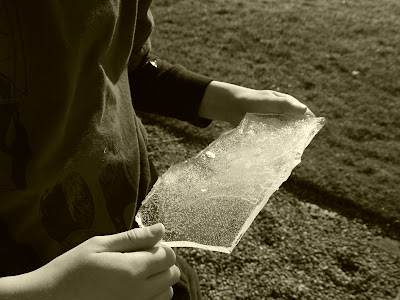 Almost spring.
But --in Western Washington at least-- still winter.
Posted by mary grace at 2:07 PM 3 comments: Links to this post